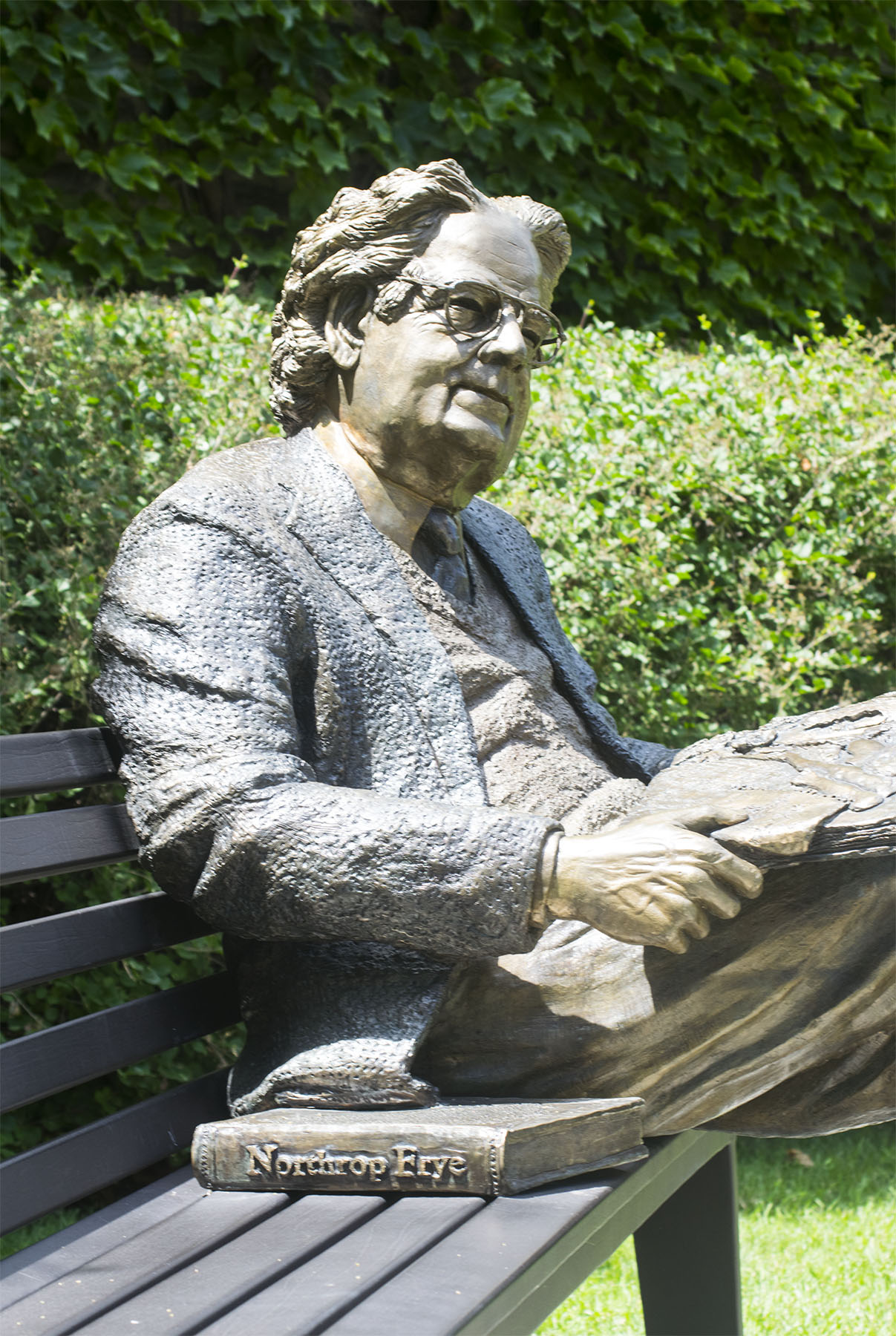 I have to admit that, when Professor John M. Robson asked me to assist him on The Collected Works of Northrop Frye, it was not because of my expertise in modern critical theory. My specialty was Victorian literature – as, in fact, was Robson’s. But I had been his postdoctoral fellow on The Collected Works of John Stuart Mill at Victoria University and had experience with textual and editorial work. I marvel now to think how hesitant I was about accepting the job. I was quite familiar with Frye’s own works, having taken several courses from him as an undergraduate, but the path to competence in modern theory would be steep and thorny. Thank goodness, I decided to take the plunge, and embarked on twenty years of immensely fulfilling and interesting work. Sadly, Robson died in 1995 before the first volume appeared. After a brief hiatus when I held the fort, Victoria chose as the next General Editor Dr. Alvin Lee, former President of McMaster University. There couldn’t have been a better successor. Dr. Lee raised a large sum of money to fund the project and oversaw its general organization from his office in Dundas, while I ran the Toronto office and supervised the other staff.

Why was this the best job in the world for me? First, for the pleasure of working on such an articulate, humorous, and important writer—so that I always felt that what I was doing was worthwhile, positively a Contribution to Canadian Culture. Countless times, when people asked me what I worked at, I saw their faces light up with recognition and interest when I mentioned Northrop Frye. He is truly a national treasure, as well as—for me personally—a constant source of new discoveries and trains of thought.

A second reason to treasure this job is that it has allowed me to work with so many splendid people. I think in particular of the outstanding editorial assistants Margaret Burgess, Ward McBurney, and Erin Reynolds. Then there was the succession of students, from undergraduate to Ph.D. , who scanned or transcribed texts and did research (at a pre-Google time when you had to walk to a library and look at an actual book).

These students included briefly three of our own daughters—Alvin’s and mine—but in case you accuse us of nepotism, I note that between us we have eight daughters, so that actually more daughters weren’t hired than were. I co-edited the volume on religion with Alvin Lee, the volume of Canadian writings with David Staines, the volume on education with Goldwin French, and the volume of mid-career critical writings with Eva Kushner, learning so much from each of these distinguished scholars, before doing the volume of interviews and the consolidated index myself. I hope the latter will prove a helpful point of entry into this fascinating body of work.

The following links will provide: A contents list of the Collected Works, a description of the edition, material on Frye in China, and one of my several efforts to discuss Frye’s chief ideas.